Actually, you do need to reinvent the wheel 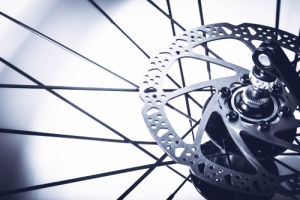 Despite the apparent wisdom of not trying to reinvent the wheel, we’ve actually learned over the years that it is vital for most businesses to do exactly that. We may be playing with semantics a little, but time and time again we’ve observed that the best companies we work for are those that are constantly reinventing the wheel in one way or another. For these companies, this means upgrading products, modifying services, streamlining processes, and even continuously improving the way they manage.

We were recently conducting an internal management-training session when one of the senior partners suggested that it might be a good idea to share some analytical studies we had done very early in our company’s history (in the early ‘90s). A few printed studies were dug up out of the company archives, and after we blew away the dust, were laid out on a conference room table. We were shocked by how primitive they looked. Much like the wheel analogy however, the basic purpose and message of the studies remained the same. However, digital technology and advanced graphical capabilities had advanced so far since the studies were put together, they now looked archaic.

Management styles and approaches have themselves gone through many wheel variations, and continue to do so – as have change-management approaches. This has been at least partly driven by new “management theories,” which tend to be promoted by consulting firms and which form the basis of intellectual “products” that can be marketed and sold. If you sift through most new theories, they are generally existing theories that have been modified in some way. We don’t believe there is anything fundamentally wrong with this, as each theory tries to make the “management wheel” a little more effective. We shy away from management fads simply because we find them unnecessarily limiting. There is usually some value in most “new” theories and approaches, but they need to be sifted through and thoughtfully applied to specific environments.

We never did show our current management the old study. The value we might have gained from displaying that the core management concepts haven’t changed was overshadowed by the desire to limit questions about the advancing age of our founding partners.