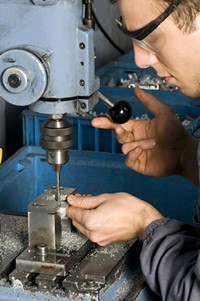 We were working for a company that made aircraft landing gear (actually the company legacy included making landing gear for Apollo space missions). One of our consultants was working in a part-finishing area and determined that quite a few of the area flow problems had to do with the way the equipment was laid out. The workers agreed with him but had not really considered it as an option, due to the perceived expense of moving heavy equipment around. We did the cost/benefit analysis and then discussed it with the general manager. He loved the idea.

Our consultant drew up new floor plans and created colorful flow diagrams and charts showing how the flow of material would improve. We presented them to the GM. He loved them too. But then he dealt our momentum a crushing (but in hindsight necessary) blow. He said, “Did the workers have any input into these plans?” We told him that they agreed with the original findings and we had reviewed the new design with the area supervisor. He pressed us on whether or not the actual workers had any input. Somewhat sheepishly we admitted that we had not asked for their input into the revised flow plan, because they were unionized workers and we weren’t sure it would be appropriate for us to involve them. He said, “It’s possible that it isn’t appropriate for you, but it’s vital for us. Some of these guys have worked here for over 20 years. They know more about the flow of work than any of us and, most importantly, they play a critical role in our achieving any gains from the improved flow. If it was your work area, wouldn’t you want to feel like you had some input into how it was rearranged?”

So we went back to the area supervisor and, working through him, involved the local workers in the new plan. They did come up with a better design and they were very appreciative of the involvement. We were appreciative of their insight.