Don’t put down your audience 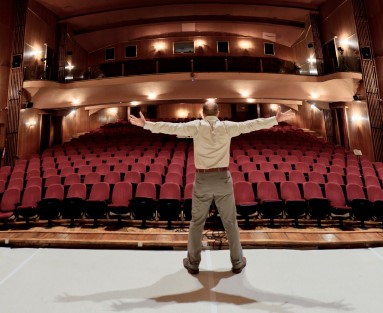 We had done quite a lot of work in one particular industry and through word of mouth we were invited to speak at a national convention. We prepared an insightful speech that criticized the industry for it’s lack of innovation among other things. In advance of the convention we shared the presentation with one of our business advisors, who happened to be a well regarded CEO from the very industry we were addressing. He listened quietly and when we were finished he laughed and said, “You’ve got to be joking!”

Not really intending the speech to be funny we asked him what he meant and he said, “Guys, you’re talking to people who have built their own businesses, successfully, who have paid money to come to a national convention to have fun and maybe learn a few new things. They didn’t come to be lectured by consultants. And, resist the urge to interview them like you’re planning because you will be asking them to put themselves down, which they obviously won’t want to do.”

We thanked him for the input and ignored it.

At the convention we somewhat ironically followed right on the heels of a motivational speaker who we thought would bomb. We were wrong about that too. By the end of the presentation the room was literally electric. He had people shouting and jumping out of their chairs and there was a feverish buzz in the air. We almost got steamrolled as people exiting the room scrambled to buy copies of his books and DVDs. We came on stage and the person doing the introduction mispronounced our company’s name (which is another lesson learned). We then immediately started into our academic criticism of the industry, hoping to ride some of the enthusiasm from the previous talk. Talk about throwing water on a fire. With each point we made about how the profit of the industry was declining because of a lack of differentiation you could actually feel the excitement of the previous speech drain from the room. To prove our presentation argument, we put up a convoluted value proposition up on the screen, ripped straight from the industry leader’s web pages, and tried to get someone from the audience to comment on it. The person politely refused twice. Finally after the third prodding he explained, “Look, I work for the company you’re using as an example so it isn’t appropriate for me to comment.” The awkwardness that followed may be the only thing that people remember from that presentation (including us).

So we learned that if you are ever speaking to a group of people, by all means illuminate, inspire or entertain, but don’t put them down to make your points.