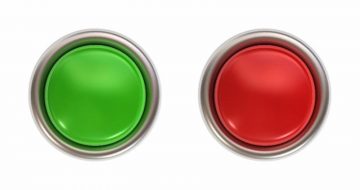 When we look for opportunity, we categorize time into green and red components. Green time is the current productive part of a process, while red time is the non-productive waste. Green time typically takes up 50-60% of a process, which means red time usually takes up between 40-50%. It surprises most managers to learn how much time falls into this red component. This is in part because people often equate productive time with effort, but the two aren’t necessarily related. Non-productive time can take as much or more effort than productive time. It’s also a little misleading because this somehow implies that a process could or should be 100% green. But some red (or non-productive) time, is actually required to allow some flexibility of operations. Other factors can also have an impact, such as machine versus people-driven processes or union verses non-union environments. Even so-called world-class processes generally have 10 to 15% red time due to real-life variability.

Improving either the green or red components of a process requires different types of problem solving. Improvements to green time require changing the process as it is designed. This was called “re-engineering” until the term fell out of favor and is now more popularly referred to as “innovation”. Improvements to red time require eliminating or reducing waste that is inherent in the process. This is where “lean” and its numerous variants are commonly applied.