How do you clone your best salespeople? 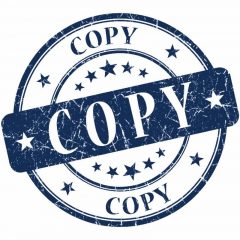 How to improve sales performance is a challenge for most businesses. Companies try many things to improve the average selling skills of their organization. They try training programs, special incentives, head hunters, one-on-one coaching, and sophisticated CRM systems. But year in and year out, some people just sell more than others.

Great salespeople are often difficult to find. They have certain intangibles that make it hard for them — and hard for a manager — to decipher what it actually is that makes them so good.

In the next few Observations, we’ll share some ideas about a few things that organizations can do to improve sales. The first area we will examine is the actual sales interaction: what salespeople say or do that helps them be more successful. As a manager, how do you identify and replicate the subtle things that successful salespeople do? One useful approach is to identify your best and your worst performers, study what they do, and then look for patterns, gaps and variances.

We did this when working for a well-known retail shoe store that targeted mostly male business professionals. We first looked at the data to try to determine who the most successful salespeople were. Pure sales totals weren’t necessarily the single best indicator, because there were fairly large variances in traffic volumes, due to the “attractiveness” of various locations. So we looked a little closer to see who had the best conversion rates, i.e., the percentage of people who entered the store and then the percentage who actually bought shoes. This was not an easy task, in this case, because there was no clean “traffic” number available.

Once we identified the most successful and the least successful salespeople, we observed them closely to see if there were any tangible differences in their interaction with shoppers. It turns out there were many, in terms of when they approached a shopper, what they said, how they described shoes and what they got the customer to do. The correlation we were able to identify was an interesting one, although it sounds more obvious in hindsight. The most successful salespeople convinced shoppers to sit down and try on a pair of shoes. The “investment” of physically trying on a pair of shoes seemed to make people want to complete the transaction. This may be partly explained, in this case, by the time-oriented nature of many business professionals and their general dislike of the entire shoe-shopping process. Once they had committed the time and energy to try on shoes, they wanted to complete the process and move on.

This is a powerful insight because it gives you something to focus your training and skill  development on. The real skill required in this particular environment was the salesperson’s ability to convince someone to invest their time. You will still have some people who are more persuasive than others, but borrowing some of the best practices from the top salespeople for a specific outcome can broaden the organization’s selling capabilities.