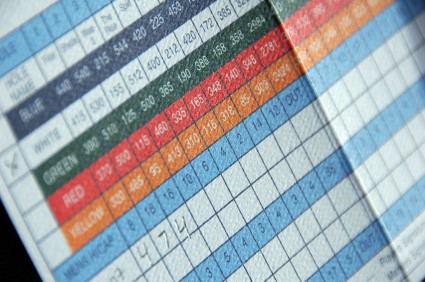 In many organizations some of the reported performance numbers aren’t very “real”. It’s very similar to people’s golf handicaps. The handicap system is a wonderful mechanism to track performance and to allow you to know where you stand, but it is most useful if you count all your strokes and stick by golf’s stringent rules. Many golfers, some more regularly than others, stray from those rules and artificially inflate their performance.

Companies do this as well. These are a few performance numbers that are often inaccurate:

There are reasons in every case. Productivity is high because current performance is measured against inflated standards. Inventory accuracy is often wrong due to the way companies cycle count. Schedule attainment is often wrong because it is based on volume and not on the product or services actually scheduled. Measured lead times often omit certain steps.

So why do organizations do this? Maybe the same reasons golfers inflate their handicaps: it looks better, it feels better, it’s easier, and it seems relatively harmless. The argument often used in business is the actual numbers don’t matter; only the trend is important, but that isn’t true if you really want to improve.

Improvement (and innovation) only comes when there is a gap between where you are and where you want to be. The more you inflate your current performance, the less a gap exists. The less a gap exists, the less motivation there is to close it. It’s one of the reasons companies started benchmarking other companies; to show managers that performance gaps existed. (Understanding why benchmarking doesn’t work is another lesson we learned, which we cover here).

So a healthy skepticism is important when looking at performance numbers. If you really seek innovation and continuous improvement you need to review the way you measure performance and evaluate it from a zero-base whenever you can.