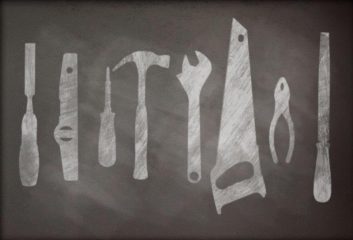 5S is a Japanese workplace organization methodology that is typically part of most “lean” programs. There are a few variations of how to translate the original five Japanese words (seiri, seiton, seiso, seiketsu, and shitsuke) but in effect they are sort, systematize, shine, standardize, and self-discipline. The concept is sometimes thought of as a housekeeping method to make sure work areas are clean and well-organized.

The underlying problem we often see with 5S is that it’s very difficult to sustain. It’s common for us to see 5S “artifacts.” In production plants, a common artifact that we come across are things called, “shadow boards.” These are simple wall boards designed to identify where things are supposed to go but in practice they are often empty or filled with the wrong things in the wrong places. 5S takes tremendous discipline and seems to require a very specific culture that supports and reinforces that discipline.

The real value of 5S is not the housekeeping aspect, although that is obviously good for productivity, safety and numerous other basic benefits. The real value of 5S is that it engages employees at the front line to really think about how work flows through their work area. Employees are a tremendous source of opportunities when they are actually engaged in their work. When it’s done properly, 5S requires an employee to logically consider how to optimize not only the layout of the area but also the actual flow of work. For many repetitive work environments, either in manufacturing or service environments, it makes the work itself much more interesting and gives ownership to the front-line that is hard to replicate. Its significantly more engaging than quality or service slogans.

Despite it’s apparent simplicity, it’s a very hard method to install in many organizations. But if an organization has the right culture and approaches the methodology as a means to improve, rather than a means to keep the work area tidy, it’s a very valuable source of opportunities.