The danger of assumptions 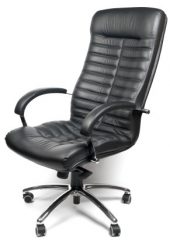 One of our senior partners once had a sales meeting with an executive for a company headquartered in London, England. The executive had a beautiful office with a stunning view of Trafalgar Square. He ushered our partner into his office and asked him to grab a seat while he got some coffee for the two of them. The office had modern furnishings –  a stark contrast to the historic building it was housed in. The desk was a simple glass table with a chair on either side. Our partner sat down and took the opportunity to absorb the magnificent view of the busy square.

The executive returned with the coffee. Our partner said, “I’ve been in many interesting offices, but this may be the best view I’ve ever seen.”

The exec placed the coffee down on the table and replied, “Thanks. Now get out of my chair.”

Like the part in a movie where the plot twist is revealed, all the missed clues suddenly became painfully apparent (particularly the placement of a note pad and family photograph). Our partner had made the simple assumption that the exec would have his back to the window. Precisely because of the view, this exec had chosen to face the window. The awkwardness that followed as the partner collected his things and moved to the other side of the desk probably wasn’t the only reason the rest of the meeting went poorly, but it did register as one more lesson learned.