The insidious nature of complexity 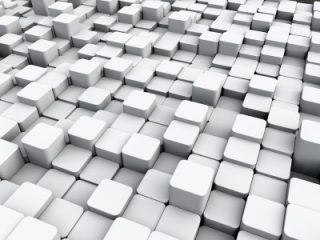 Jim Collins’ belief that “good is the enemy of great” is a brilliant insight, and it applies to pretty much everything. Essentially, he means that if people get in the habit of accepting things as “good enough,” it inevitably leads to marginalization and mediocrity. He’s observed that a common trait of great companies is that they hold themselves to very high standards. We believe he is right – and that a key distinction between the good and the great companies we work for is their disciplined insistence on excellence. But we also have come to recognize a practical reality, which is that you simply can’t be great at everything. There are not enough hours in the day, and companies would come to a grinding halt if they managed entirely by this edict. So how do you apply Collins’ mantra?

The really good companies we work for are skilled at choosing where they should focus and where they shouldn’t. They consciously select what they need to be great at, and then aggressively focus on those items. That’s a lot harder than it sounds. It requires an obsession for simplicity, which most companies don’t have. Most companies become more complicated over time, and if they aren’t very careful the complexity feeds on itself (we argue internally that we repeatedly fall into this same trap). Complexity spreads through organizations like a cancer. Each new management level adds information filters; each new manager adds reports and distribution lists and meetings each new market or product variation adds requirements throughout the supply chain; and on it goes. Success may seem to breed success, but often it just creates an appetite for more complexity.

We gain some insight on how well a company is focused by looking at C-level reporting and having executives explain to us what is most important, what issues they commonly drill down on, and how they manage others. At the mid-level, we also look at management reporting and meetings. Meetings are a surprisingly rich source of insight on complexity. Frequency of meetings, stated purpose, who attends and what actually gets accomplished can speak volumes about the culture of an organization. Complexity is insidious. To keep it in check requires leaders to be relentless in making sure the organization stays focused on where it needs to be great.