The misconception about employee empowerment 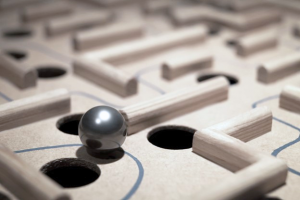 It’s not as popular in management discussions as it once was, but every so often we hear someone talk about the need to empower employees. No one would ever argue that empowering employees isn’t basically a good idea. The trouble is that the argument is usually made as to counter why management shouldn’t regularly follow up on their staff.

Following up regularly with staff is seen by some as “micro-managing.” Adding to this belief: it’s not uncommon to hear some industry titan reflect on their success by saying something like, “I was successful because I hired good people, and then I got out of their way.” It’s a good soundbite, and it may work in some circumstances, but we don’t believe it is good management. In fact, you might just find out that the “good people” who were hired are exactly the ones following up regularly with their staff.

Defining employee empowerment, as some managers do, as a proxy for “getting out of their way” ignores a key role of a manager. Most operating problems that impede people’s productivity during the day need management intervention of some kind to be fixed. This means that managers need to know what their people are doing and how they are progressing,  at least periodically, so they can help identify when problems crop up. It’s not so much a question of “getting out of their way,” as it is a question of what can managers do to help without getting in the way?

We have conducted hundreds of thousands of hours of observations on people in their work environment, and one basic conclusion is that most of the problems that impede individual productivity are not under the control of that individual. The most common problems we see involve the flow of material or information in and out of work areas; the accuracy and timeliness of inputs; and issues that originate somewhere upstream in the process. Even with state-of-the-art training and equipment, an individual cannot easily fix any of these types of problems without the help and support of management. People will often develop creative work-arounds for recurring problems, which may get the job done but tends to make the issues invisible to managers. Even worse, the work-arounds often become the basis for formal or informal planning standards, which bury the problems deep within the system.

Employees can most effectively be empowered if managers perceive their own role not to be only as someone who monitors performance, but someone who helps remove obstacles for their staff.