The red flags of process changes 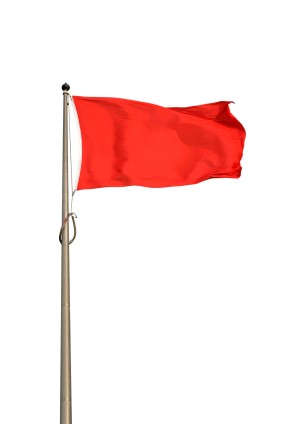 Implementing change requires re-configuring processes – and modifying the management systems and behaviors that need to accompany them. But as anyone who has ever tried to instill change knows, maintaining those gains can be very difficult. There is always a natural tendency to revert to the way things were. After the completion of a project, we go back to the organization and review how well the changes have sustained. We’ve learned that there are some signals that can indicate that improvements are starting to erode. We call these signals “red flags.”

It is critical to watch for red flags, because performance improvements are always made up of many small changes, not just one large change. If you let the small changes gradually fall away, a cascading affect can gradually erase the overall gains that were achieved. In the next few Observations, we highlight some of the tell-tale signs we look for when reviewing the sustainability of changes.

Process changes refer to some type of modification of how work is processed from input to an output. Examples include changing the sequence of the process, removing steps that are deemed unnecessary, combining work functions, changing equipment or modifying speeds. The more concrete the process change, the easier it is to sustain. For example, physically changing the layout of equipment (and order of operations) is something of an all-or-nothing proposition. Once in place, it is likely to sustain because of the difficulty of reverting back to old methods. The more complex and difficult process changes to sustain are the ones that require management intervention.

Many process changes require monitoring and compliance, e.g., increasing speeds on a line operation, or staggering shift starts or working through breaks. These types of changes require management follow up to ensure they remain in place. The red flags associated with these kinds of changes are usually simple noncompliance.

In the case of the examples above, red flags would be:

It’s fairly easy to see these red flags after the fact, but sometimes the seepage is gradual and more difficult to notice than you might think. One of the difficulties is that there are always good reasons why process changes gradually erode. It takes perseverance to “stay the course” and it often requires active problem solving.