Where are all the front-line managers? 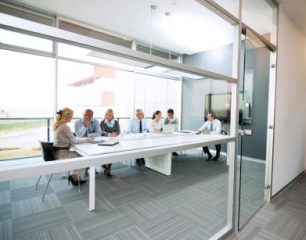 A number of years ago, we started an interesting study called the “whereabouts” study. The idea behind the study was to try to illustrate where a front-line manager spends most of his or her time during the course of the day; correlate it to what is actually happening in the business at the same time; and determine if it would be more useful for the organization to have the manager’s day look differently.

What we found is that managers spend a great deal of their time behind closed doors, either in their office or in meetings of one kind or another. Generally they are the most technically skilled in their function, so their absence from the front-line raises a number of interesting questions. It also has some bearing on another observation, which is that 90% of the problems that impede someone’s daily productivity have nothing to do with how hard that person works. The front-line manager has the most important role in the organization as far as managing the point of execution: the point at which things actually get accomplished.

Hotel kitchen chefs, on the other hand, spend the bulk of their time directing, coaching and marching up and down the culinary aisles. Clearly they should be a role model, rather than the exception.

In the end, every organization and each individual function needs to tailor its own management profile, but it is often eye-opening to determine where front-line managers spend their time.