Don’t draw your findings from your conclusions 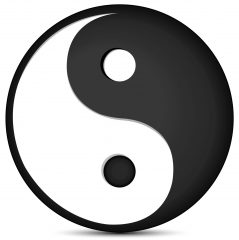 In the last Opportunity we discussed the value of being a contrarian, so it seems only appropriate that now we’ll explore the problem with it.

The good side of being a contrarian is that you are open to looking at things from a different perspective, which can lead to innovative method changes. The bad side is that sometimes you fall into the trap of picking the opposite position and then problem solving to ensure the opposite position is correct. It turns out that most of us are biologically wired to decide on an answer too quickly and then make the resulting evidence fit the answer. Most of us also go so far as to subconsciously ignore evidence that doesn’t fit our answer. Not great qualities but apparently it helps us survive.

The way we try to avoid this tendency is by pre-presenting our findings and conclusions to as many people as possible (or practical). “Pre-presenting” is the art of testing your ideas before you present them as a conclusion. It’s a critical part of any change management initiative and although time consuming, it’s almost always time well spent.

Internally, pre-presenting works well for us because, as previously mentioned, consultants are mostly contrarians. We look for errors in any new idea and try to poke holes in the underlying assumptions. But pre-presenting also works in most organizations because people generally don’t like change. If the ideas challenge the status quo, it triggers a natural resistance and skepticism, which is similar to a contrarian’s position. This sounds confrontational but is actually vital for uncovering potential problems that you haven’t thought of yet. Sometimes the objections are valid and you need to re-think your conclusion, which starts the pre-presenting cycle again. Pre-presenting also helps get people bought into the change by involving them in the development of the idea.

So while being a contrarian can be helpful for identifying opportunities, to avoid it’s darker side you need to be sure you draw your conclusions from your findings, and not the other way around.